We are still open. Read our COVID-19 statement here. 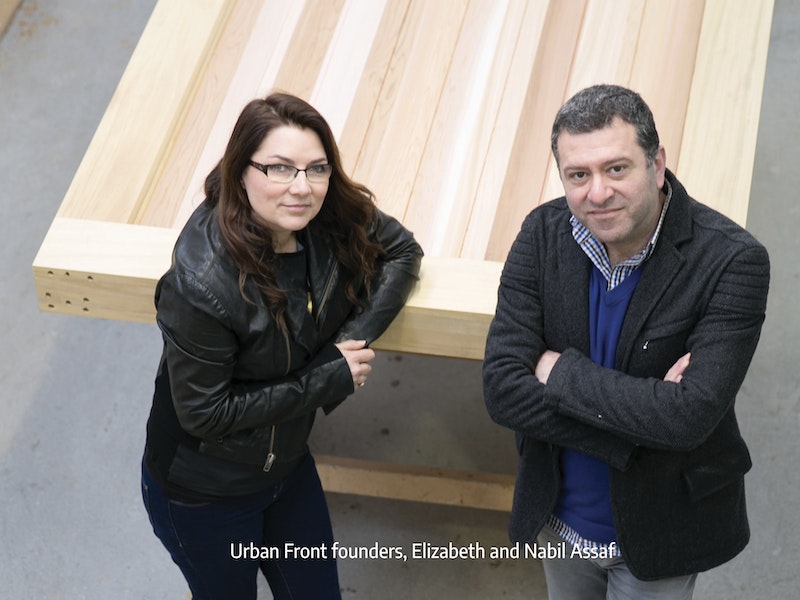 15 Years of Urban Front: How did it all Start?

The story of Urban Front and how we got here always surprises our clients.

Who in their right minds would leave successful careers in banking (that’s my husband Nabil) and television (that’s me!) to start a business making doors when they had no experience in doors at all!

Right?! Ahem, that would be us. 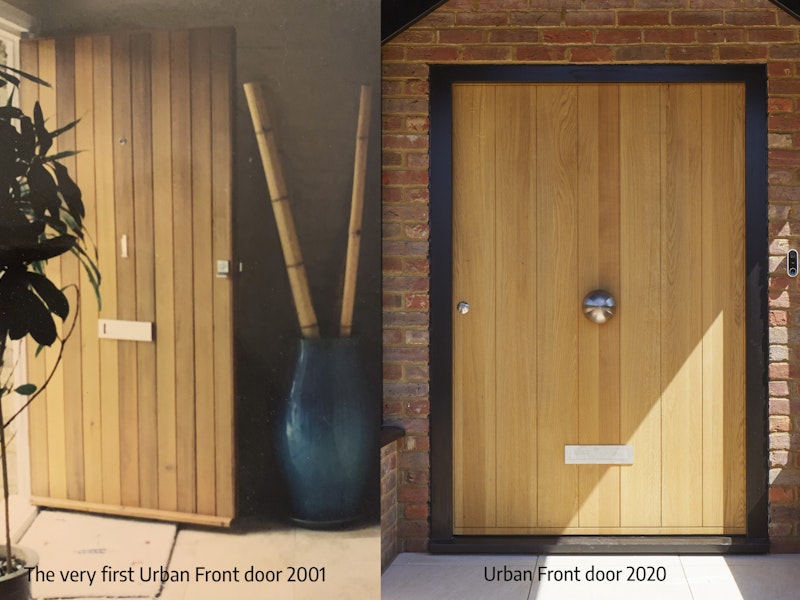 The story isn’t that simple, though. We wanted to work for ourselves but just couldn’t find something we really wanted to do. At the time we were going up the property ladder by doing up a property a year and moving on. We were interested in design, and had completed an interior design course together as a hobby.

So in 2001 we bought a bungalow and couldn’t find a contemporary front door for it. Nabil was and is very handy so he decided to make a door out of Western Red Cedar. It was basic but it did the job and made the house look better.  We weren’t the only ones that thought so as people started knocking on the door asking where it was from. Although there wasn’t a ‘lightbulb’ moment as such, over the months the idea did build and we knew that ‘doors’ is what we wanted to do.

After a year or two of research, we bit the bullet and worked on the idea that there was a niche in contemporary doors.  We started in a little office in a Watford business park, with no showroom, using someone else to manufacture for us. All of our friends thought we were mad – What do you know about doors?  they would ask.  So, on 5th February 2005, Urban Front was born – and just before because we knew we wouldn’t be able to do it again we spent 3months travelling around the world. 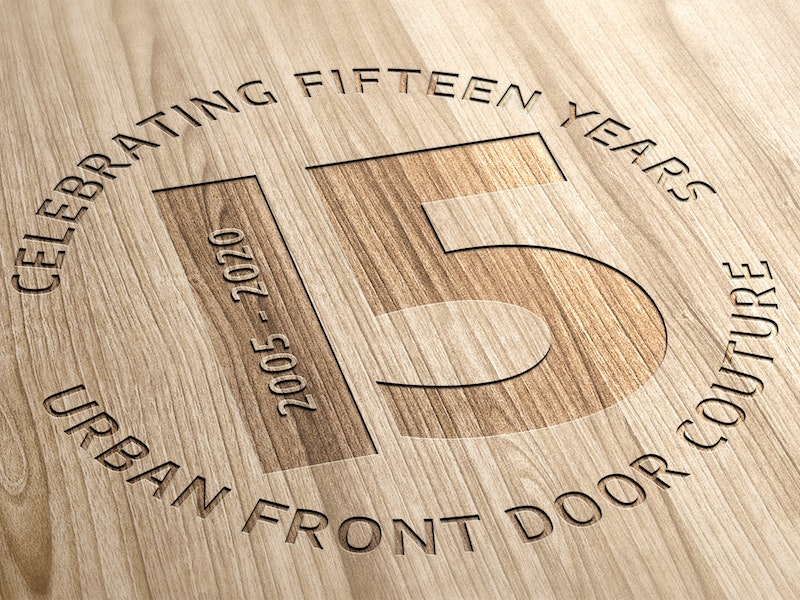 Fifteen years later, we are experts in door design and manufacture and design hardwood doors in Chesham, Bucks from our own factory and we deliver worldwide.    It’s been a lot of hard work but worth every minute, and we hope you enjoy the doors as much as we do.

You can read more About Us here: https://www.urbanfront.com/about-urban-front/