We sat down with Corinne Rowe, owner of this unique London end-of-terrace new build that has just been featured on series 23 of Grand Designs, to learn more about the inspiration – and vision – for this intriguing space.

Corinne, we absolutely love what you’ve created with this house! What was your vision for the entrance?

Different to my architect! I had, early on before planning, looked at front doors and knew the entrance was very important for me. I knew I wanted a pivot door and that it had to be befitting of the time and money spent on the architecture and design, both inside and out.

In the end, my architect chose the door material (oak hardwood) and being situated near a public pathway I knew I didn’t want glazing, so Elizabeth [Urban Front co-founder & lead designer] recommended matching wood cladding to create that extra-impactful first impression.

What was the hardest part of the build?

There were several! For me it was the steel structure, which went back to the drawing board at least 5 times. I didn’t want columns on my “wow” floor (the awkwardly shaped first floor) and that initially caused my Architect, Simon, some headaches. But I stuck to my guns and we were able to achieve what I wanted in the end.

For the build itself, being in a conservation area we couldn’t encroach at all on the private road and communal land. It was a very tight build anyway, but there were also months of communication asking for permissions that eventually got us nowhere, so that was frustrating.

Thankfully I owned the property next door, so we used my garage as a site office, the driveway for skips and the flat roofs of the new build for storage. The build team have to be commended for their complete co-operation and in particular their clean and tidy way of working!

How did you find the process of ordering/delivery with Urban Front?

The whole process was very professional. We [Corinne + Architects] had a bespoke design package that we tweaked using Elizabeth’s knowledge (even late into the night by email as we had to get the order in!).

When the final specifications were chosen - which was a few options down the line - I knew wholeheartedly that I was making the right choices. That was a very good feeling. I was kept informed the whole way throughout the making of the door, despatch and delivery.

Favourite part of the build for you?

Seeing it go up, floor by floor. It’s one thing to see it on paper and in graphics but the realisation hits when you see massive steel beams being lowered into place, to the exact millimetre. I was in awe of our Construction team, headed up by Julian.

Final thoughts on the door now it's fitted? 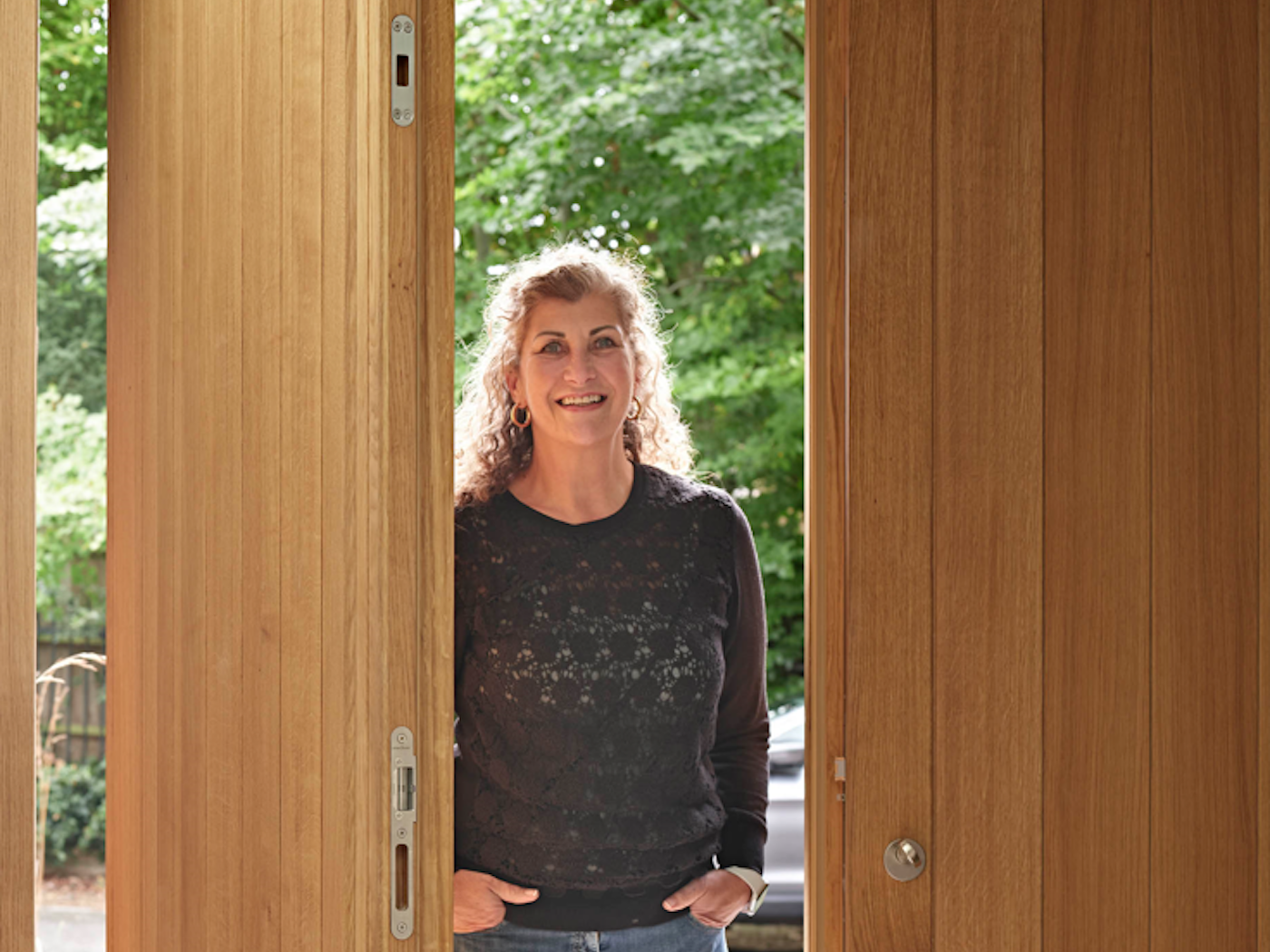 I love it! And so does everyone who walks through.  It has exceeded my (very high) expectations. Even opening it sparks a moment of joy. Corinne Rowe